In 2017, my body went haywire. It started at the beginning of the year, and it seemed that with each doctor's visit throughout that year, I continued to be diagnosed with something "incurable," until I had over 7 "illnesses"  that doctors didn't have a remedy for. From eczema, to shingles, to HPV, to ovarian cysts (6cm and 11cm), to 3 grapefruit-sized fibroids, to hair loss, to a condition I'd never heard of called cytolytic vaginosis, it became very clear that my body was literally screaming to get my attention.

I wish I could say that I immediately knew what to do or where to turn. But I did not. I felt lost, isolated, and even though I was in a very loving and fulfilling relationship, extremely lonely. Having been a vegetarian for my entire life, and vegan off an on, I felt blindsided. I had long prided myself for being very aware of my body, for being able to tell something was "off" before even having real symptoms. In these situations, I would immediately revert to my home remedies that had kept me from even getting a common cold for nearly a decade. I thought I knew my body! How could it betray me like this - with all of these conditions, viruses and tumors that snuck up on me? I was angry. I was frustrated. I was mad at myself and at my body. I felt deceived - like I didn't know anything at all. Like everything I had ever been taught was incorrect. I would wake up in the middle of the night sobbing into my pillow, trying desperately to control the sound and body tremors so as not to wake my boyfriend. I'm a very happy person by nature, and rarely do I have any problems seeing the glass as half full rather than half empty. I did not realize until after the fact that throughout this entire time, I had grown quite depressed by my physical condition. It occupied my thoughts most of the day....and night.

However, something was happening during those sleepless nights. Each time I was awoken by my sadness, I was guided to do some research online, and every night I did, I was led to some new information. I couldn't get enough answers. And while the first bits of information I was coming across did not seem as helpful to me, as it only showed what I had already feared - that I could do NOTHING to get rid of any of my ailments - the more I researched, the closer I got to the answer that I somehow knew all along, deep in my heart. They ALL have a cure! NEARLY EVERYTHING DOES! Our bodies are brilliantly designed to heal themselves! They take a beating for most of our lives due to the toxins not only in our food and water supplies, but also in the air we breathe, in the particles our skin absorbs through that air, and the products we use, yet they still keep most of us in relatively good condition until we have reached our average "life expectancies" and for many of us, far beyond that. Imagine what they are capable of when placed in an environment most optimal for healing? They can HEAL...QUICKLY!

As I began the process of becoming my own guinea pig and trying out the different methods I was coming across in an attempt to heal my body, I had an epiphany. These ailments were a major BLESSING! "What? How in the world could you see it that way, Shannone?" I saw it that way because I began to realize that, the more I helped myself and the more I could experiment and try different things out to see what worked and what didn't, the more I could help someone else suffering from the same ailments I had! I became ravenous for information. I studied in my spare time to get certifications in understanding how to heal and detox the body, and on how to safely get the body into a state of autophagy. And the more I studied, the more information I received and the more I realized how easy it was to heal the body of ANY ailment. I became aware that I could help people heal even from conditions I had not suffered from. I meditated A LOT. I went into a long period of solitude and fasting, seeking answers - and those answers came. Some through trial and error, some through the process of elimination, and many more through my suddenly heightened intuition. Everything started making sense and I became aware that MUCH of what I had "known" throughout my lifetime, was simply just not true! I had to spend so much time digging deep to uncover these truths because they are hidden from us. But the time is coming now where the truth will be revealed to the masses. I feel called to help share these truths. The main truth focused on through this website being that, "YOUR BODY IS YOUR DOCTOR"! What an exciting and beautiful revelation! How empowering it is to know that we are in fact in control of our own healing? We do not have to rely on "fate" or areas of genetic "weaknesses" to determine whether or not we can heal. I truly believe that we are being called to inform ourselves and step into our power. Our HEALING power! It is after all, our most basic gift.

I am now extremely passionate about spreading this truth to whomever will listen. I do not subscribe to forcing this information down anyone's throat, rather I believe that those who are ready for it, will receive it. Those who are not, will receive a seed that may or may not blossom in due time. Both outcomes are equally perfect. No person is "better" or "more awake" than the other. We are all simply on our own journeys in this beautiful path we call life. 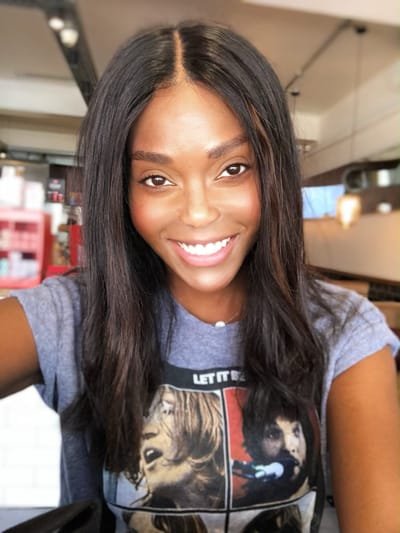